Currently there are no news items. 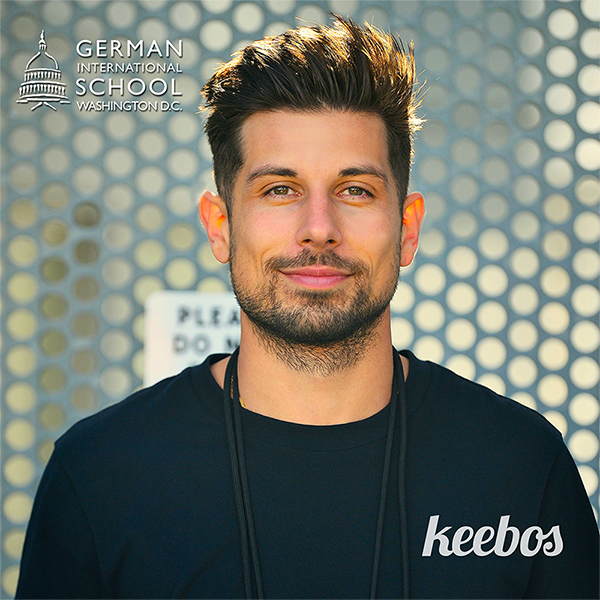 How many times have you dropped your smartphone and broken the screen? It’s a very common thing to happen – so common that one of our GISW Alums Ramin Schultz has made the solution to this problem the focal point of his successful company by the name of keebos (www.keebos.com), which he started about 2 years ago. It’s a phone case that's worn with a lanyard around the neck or crossbody like a fashionable purse.

As seen in famous publications like People Magazine, Fashionista and Elle, there is a quickly growing number of happy customers who are enjoying these iconic crossbody phone cases. Among them are some names you may have heard of such as Gigi Hadid, Eva Longoria, Maria Menounos, Tori Spelling and more.

Best of all, for each Keebos sold, a tree is planted and all packaging is bio-degradable. Isn’t that awesome?

We are proud of Ramin who graduated from DSW/GISW in 2008. As so many of our students he went to Germany for his bachelor. He studied International Business in Frankfurt at Europa-Universität Viadrina with a semester at the Montpelier Business School in France. After graduating 2012 with a Bachelor and taking on an internship at Puma and volunteering for the Olympic Games, Ramin continued his studies in Madrid at Universidad Carlos III de Madrid where he graduated in the year 2013 with a Masters in International Management. Ramin is convinced that the international environment within our DSW/GISW school community enabled him to feel very comfortable with his decision to live and study in countries throughout Europe.

After working in Marketing for Nike at the German Headquarters in Berlin, Ramin moved to Los Angeles and consulted several start-ups before starting Keebos.

Ramin has fond memories of his years at our school. He highly values the fact that our community is small and friendships among students are very deep and last a life-time. In fact, Ramin’s best friend who lives only minutes from his place in Venice Beach, CA is another Alum of our school, Michael Acquah. During his high school years, Ramin was very active in a multitude of our athletic DSW/GISW teams such as soccer, basketball and volleyball. One of the highlights he recalls is receiving an award for playing three varsity sports in one year.

When we asked him to look back at his school-days in Potomac, MD, he remembers this: "Beyond all the fun memories and us always having the best soccer team in the area, the German School gave me a real advantage through our rigorous science coursework. For example, I realized only after graduating that the lab work and experiments we conducted in Biology, Chemistry and Physics are not standard at every school. When talking about health, evolution and other scientific phenomena I still often refer to what I learned in high school."

We wish Ramin Schultz and his company continued success. In case you need a fashionable handsfree and carefree solution to carry your smart phone, please check out www.keebos.com.

News from the Latin Department

One Flew Over the Soccer Match

The German International School Washington D.C. stays in touch with its alumni around the globe and is very proud of their achievements.

Are you an alum?

Founded in 1969 and run solely by parent volunteers, this group raises funds to benefit GISW. Learn more about the Friends

Read what others say about the GISW.